Just take me back 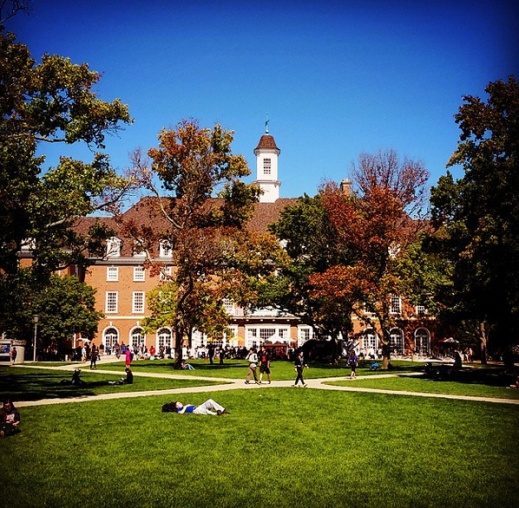 I breathe in deep and the cold, 65-degree air begins to fill my lungs. On a good day, my nose and cheeks turn a rosy red. On a bad day, they would have either remained peachy or started to look like beets.

Then I exhale and the can hear the wind rushing out of my mouth.

There’s a constant rustle in the background. It is not an inconvenience at all, but rather a welcome sight.

This. This is what I live for.

I am not there, but for a brief moment, I am. END_OF_DOCUMENT_TOKEN_TO_BE_REPLACED

Blog: Our society needs a look in the mirror regarding domestic violence.

A little over a year ago, I was told a story about domestic violence. I only heard this secondhand from the person that was in the room when the information was revealed.

It involved an athlete – I believe it was a football player but cannot remember for certain; based on the time of year, it would have made more sense had it been basketball instead.

The player was going through a mock interview of what sort of questions would be asked during a draft combine / at some point before a pro draft.

“Would you ever hit a woman,” I was told the interviewer asked.

The story, which was told to me by a female, was meant to be humorous – nobody would be that stupid to actually tell a potential employer that you hit women, right? Yes, the answer was ridiculous. But I remember at the time feeling uneasy about what I had heard.

If I knew the identity of the athlete, trust me, I further action would have been taken immediately.

Instead that player was corrected that an answer such as that would not be looked too favorably by a team. To the best of my knowledge, he was not instructed that what he had done was morally wrong and criminal.

When I saw the video of the Ray Rice incident this morning, the uneasy feelings I had felt a year ago now felt a general sickness to my stomach. To actually see a man strike a woman really put things in perspective. It’s something I had never seen besides in a movie, but to know that actual pain was suffered by a human being – to see it – it got my blood boiling a little bit.

As I cooled off to begin a very exhaustive day, I began to think: why, because you wear a jersey, are some violent actions against women not only brushed aside, but the clearance celebrated?

Look just weeks ago at the Ray Rice situation. A two-game suspension was arbitrarily tossed in by NFL Commissioner Roger Goodell. It was only because of backlash that Goodell instead later on announced violators of domestic violence would be subject to a six-game ban instead. When Rice showed up to training camp, he was cheered by Baltimore fans.

Why? Because he can run with a catch a football.

While I’m understandably upset at these athletes, countless others that we have heard about, and the many more we haven’t, I’m just as upset as us as a society.

We have let women down.

It’s time we all take a step back and reflect about what this Rice situation has brought us. We can, and I believe we are, making great strides to see how egregious this really is. Now let’s do something about it.

The next time this happens – and it will happen – we need to show our character and tell the perpetrator that violence against a woman is not OK.  Maybe after extensive rehabilitation we can begin to accept once again, but anything else besides championing the victim is, quite simply, a failure.